Blood from donor animals that were infected with attenuated strains of Babesia parasites can be used to successfully vaccinate animals against clinical babesiosis. More recently it was discovered that merozoite surface antigens that are released from the parasite (either in supernatants of in vitro cultures of the parasite or in plasma of infected animals) have immunoprotective activity. Research from a longstanding collaboration with the Laboratoire de Biologie Cellulaire et Moléculaire (LBCM) of the University of Montpellier 1 in France, revealed that a 37kDa merozoite surface of Babesia divergens is the main immunoprotective antigen in such preparations. A recombinant 37kDa antigen was used to successfully vaccinate cattle against B. divergens infection. We aim at developing similar vaccines for other Babesia parasites. 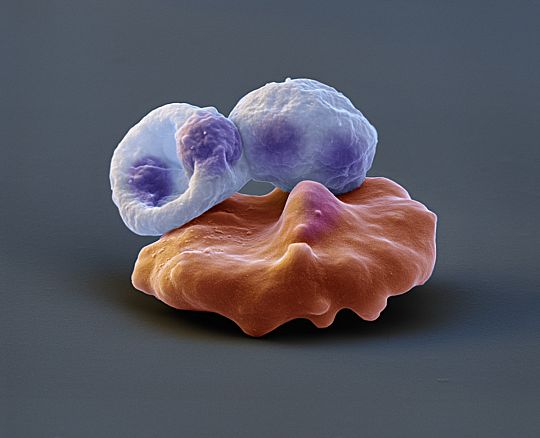